PrevPreviousThe Reasons why a Growing Business NEEDS a Strategic Plan
NextWhen Should a Small Business Hire a Finance Chief?Next

Case Studies: How to take your Business to the Next Level

Case Studies: How to take your Business to the Next Level

As the economy continues to be a bit shaky we all have to look at our own businesses, to be sure that the foundation is solid and that we are maximizing current potential.  This great article from entrepreneur.com has 3 proven ideas to help give your business that extra push.  Thees case studies provide give a glance into 3 business that altered their business’s course and reaped the rewards. After reading this article, have a meeting with your team and brainstorm what changes can be made to light a spark for your business!

How to Take Your Business to the Next Level In today’s tumultuous economy, many business owners are in need of a jolt — something that helps their companies grow, whether it’s finding new ways to sell their products or to broaden their customer base. Of course, there are many potential avenues for achieving growth, and each business needs to assess at its own business model and determine its own path.
Not sure where to start? Consider these three strategies to take your business to the next level, along with the entrepreneurs that are succeeding at them.
1. Find new ways to sell your product.
Forging new effective sales channels for your product can help diversify your brand and attract more customers. Take Sprayology, a Tinton Falls, N.J., company that sells 24 homeopathic and vitamin sprays — such as ‘AllergEase’ and ‘ImmunoBooster.’ Since its launch in 2004, the company positioned itself as a maker of luxury wellness products. It sold primarily through hotel and day spas looking to offer their clientele a unique way to treat common health complaints, be it insomnia or a hangover. But when the hotel and spa markets tanked with the economy in 2008, the company realized it needed to diversify.

“It was dreadful,” says co-founder and CEO Ellie Whalen. “You would call up and they’d say, ‘all of our buying is on hold.'” Sales fell more than 30% in 2009.
The company decided to pursue new sales channels, yet maintain its image as a high-end beauty and lifestyle product. It did not want to be narrowly categorized as a homeopathic medication you might find tucked away in the health-food aisle. So, the company began offering limited-time specials through fashion deals sites, including HauteLook.com and Gilt.com, which helped raise awareness of the products. Whalen also started reaching out to beauty-product buyers of retailers looking to expand with unique brands. In 2010, Sprayology started testing its sprays in ULTA stores, selling on the web site and in six stores in Maryland and New Jersey. The company also recently began selling through drugstore chain Duane Reade’s new LOOK Boutiques, which sell higher-end beauty products than its traditional corner stores.
These two retailers make up about 7% of Sprayology’s sales, while spas account for about 55%. The company is expected to generate roughly $750,000 in revenue this year. “We want to keep building our retail sales,” Whalen adds, “but we want to do it in a way that makes sense for our brand.”
2. Introduce new products and services that add value.

Introducing items that complement what you already sell can generate new sales and improve customer satisfaction
The Daily Java, a Dallas-based coffee and teahouse supplier, originally supplied espresso machines and other coffee-making mixes and supplies to coffeehouses and restaurants. But in 2008, founder Mike Bacile decided to create his own powder-based blended iced-coffee drinks to sell to his clients.

“I knew if we wanted to grow and get to the next level, we needed to become a manufacturer of something,” he says.
He contacted a few food co-packers across the U.S. and eventually found one in Dallas that offered drink flavors he liked at an agreeable price. He also spent nearly $80,000 on a branding company to help develop logos, and build awareness of the line.
In mid-2010, the company introduced Tazza Di Risa, a line of blended-ice drinks, including eight flavors of frappes and two chais. Bacile sent sample packs of his new products to his current customers — and 30% switched from other brands. He also started offering tastings for new clients so they could compare his drinks with other popular brands his company sells.
While initially concerned at how competitor brands his company sells would react to his new beverage line, Bacile says he hasn’t lost other brands because of it. Currently Tazza Di Risa makes up about 16% of The Daily Java’s roughly $1 million in annual revenues, and Bacile expects that share will double over the next year. He also has started marketing the brand to coffee distributors in other cities across the southern U.S.
3. Reorganize your company to better serve customers.

Entrepreneur Eric Keiles and his business partner found a path to success by rethinking their company’s sales organization. Since its 2002 founding, Square 2 Marketing, a Warrington, Pa., marketing consulting firm, had relied on salespeople to cold-call prospective clients and generate leads. But apparently the traditional method wasn’t working: Annual revenues had flat-lined around $1 million between 2004 and 2007. Many salespeople didn’t stick around for more than six months. 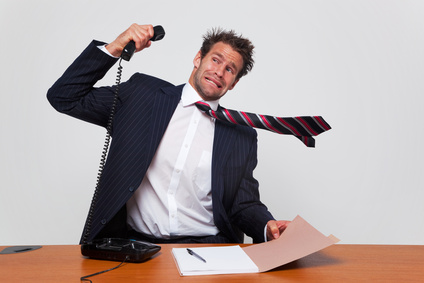 “We started to realize the businesses we were trying to market to really didn’t want a salesperson hounding them or cold-calling them,” says Keiles, co-founder and chief marketing officer of the firm.
In 2007, after researching and contemplating possible sales methods, Keiles and his co-founder Mike Lieberman, laid off their three salespeople and trained their five marketing consultants to close sales using less pressure and more guidance. They started focusing their sales and marketing efforts on public speaking at conferences, writing articles and using Internet and video marketing, rather than relying solely on the traditional sales approach.
Since changing their methods, sales have doubled to $2 million annually and the 16-employee company has been among the fastest-growing firms in the Philadelphia region the past few years, according to Philadelphia 100, a group of mostly entrepreneur organizations that compile the annual list. Square 2 Marketing also changed its compensation model so employees are now paid more on a profit-sharing method based on customer satisfaction surveys rather than commissions on specific sales.
“It’s more of a team effort rather than ‘I sold more than you,’ ” he adds.
KELLY K. SPORS – October 12, 2011 – entrepreneur.com

Why so Many Businesses are Turning to Online Small Business Loans

There is no question that people are starting to prefer to do their banking online. The days of having to go into the bank for every transaction you want to make are long gone, and now the era of the fintech is taking its place and continuing to grow.

Small Business Loans: 6 Reasons Why Your Business Should Get One

If you’re researching a loan for your small business, it can be overwhelming given the number of options available. Banks are always the best option in terms of rates but loans are difficult to qualify for and can take months to get approved.

Complete our online application and we’ll contact you to present financing options tailored to your business needs.